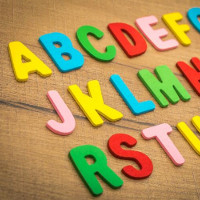 Miniature current transformers are important components for a variety of areas in the industry. Technical jargon is the keyword for ordering mini current transformers. It’s also important to be familiar with the structure of a typical product. According to the Chinese Industry Standard, many technical terms have been defined. Here we introduce some of these terms and give detail explain.

Instrument Transformer
Instrument transformer is a type of transformer that is used for instruments, meters, relays or some other similar electrical devices.

Primary Winding
The primary winding is a winding forming the part of an electrical circuit such that changing current in it induces a current in a neighboring circuit.

Secondary Winding
The secondary winding is a winding such that current is induced in it by passing a current through the primary coil and act as the source of measuring instruments, meters, relays or other similar electrical devices.

Rated Frequency
Rated frequency is frequency required or stipulated by some standards.

Maximum Current ( Imax )
The maximum current is the maximum working current of the instrument transformer within its accuracy class.

We can provide customized miniature current transformers, and the production process is introduced as the article linked below.